Catholic Charities USA (CCUSA) strongly opposes yesterday’s action by the Administration to historically reduce the number of refugees welcomed into the United States, a record low since the program began in 1980.

We call upon the Administration to consider the refugee resettlement program’s mission to provide protection to those in need for humanitarian reasons. The program should return to consistent refugee numbers rather than focus primarily on its use for partisan-based purposes.

Our country’s resettlement program is the largest in the world and we are proud to contribute to it through our programs as a faith-based partner. Catholic Charities has nearly 110 years of experience serving refugees and showing that our nation can be secure and compassionate in responding to vulnerable people.

“Catholic Charities recognizes the need to establish humane policies for accepting people into the country,” said Sister Donna Markham, president and CEO of CCUSA. “Any policy, however, should include generous provisions for accepting refugees who cannot return to their homelands. The U.S. must remain the beacon of hope to people who feel forgotten and abandoned by the world and maintain its status as a leader of refugee policy for all nations to follow.”

Tarlan Ahmadov, State Refugee Coordinator for our Office of Maine Refugee Services, was a recent guest on WMPG's New Mainers Speak. Ahmadov was raised in Baku, Azerbaijan in the former USSR.  More than a decade ago he came to Portland, ME with his wife and two school-aged children. In this interview he shares his memories and knowledge of Azerbaijan as well as describing two of the programs he oversees for RIS, the American Friends Program and a Professional Mentoring Program. Listen to his interview here.

New Mainers Speak
An interview with Michel Kanyambo from RIS on the WMPG radio program.

Funding and Benefits for Refugees
Most refugees arrive with very little in terms of possessions, beside a few bags of luggage, and if they are lucky, all of their family members. Want to know how much money a refugee is given on arrival? Want to know how long they can access benefits? Read this report and get the financial facts.

The Top 10 Myths About Somalis in Lewiston
A set of myths about Somalis has been circulating in Lewiston over the past decade. Read this report to learn the facts behind these myths and get answers to common questions.

A Message of Thanksgiving 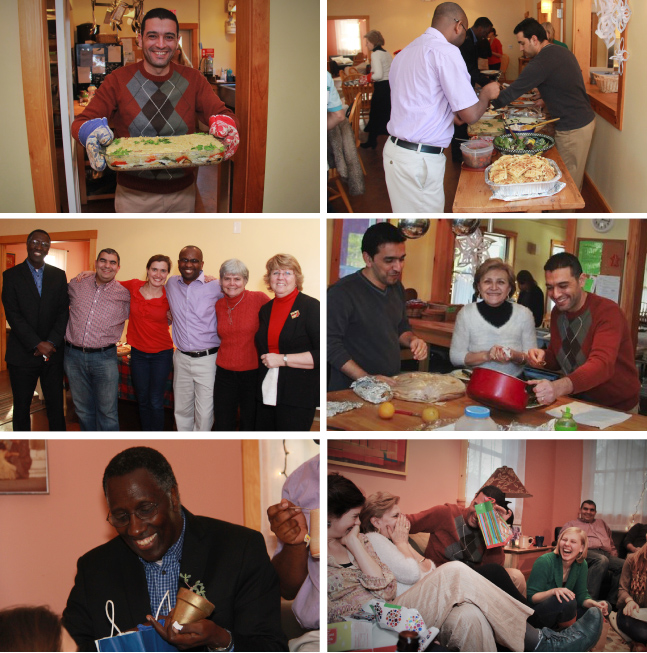