Augusta, ME -- Catholic Charities Maine had the honor of co-hosting a Legislative Breakfast with Bishop Robert P. Deeley in Augusta on Wednesday, March 4th.

The gathering was designed to encourage a spirit of cooperation between the Diocese of Portland, Catholic Charities Maine, and the legislature in addressing issues of social justice, poverty, and social service provision in the state.

"We need one another. Early on, we should learn that we share the world with others," said Bishop Deeley to the state senators and representatives in attendance. "We, as Catholics, ground our understanding of community in the teaching of Jesus. Others might have difference foundations, but we should all be able to recognize that we cannot exist on our own."

As one of the largest social service agencies in the state, Catholic Charities Maine (CCM) served more than 48,000 of Maine's most vulnerable populations last year alone.

During his remarks, CCM's CEO Steve Letourneau thanked the members of the Legislature for their "time, energy, and commitment in serving all people in the state, regardless of faith and affiliation. "At Catholic Charities, we pride ourselves in doing the same."

Bishop Deeley added that he hoped Wednesday's breakfast would serve as "the beginning of an ongoing conversation" between the legislature and the diocese. 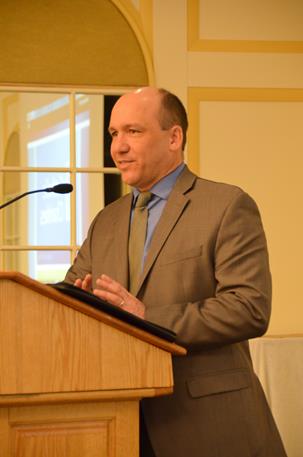 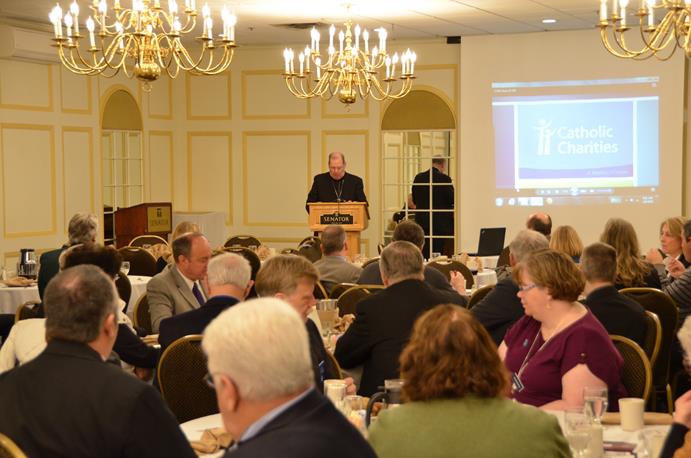